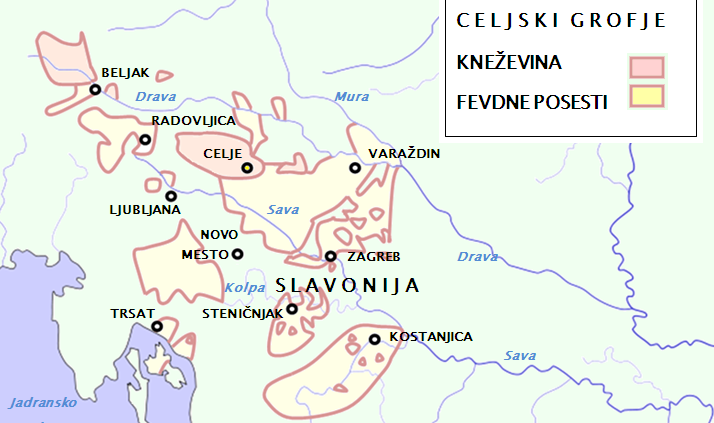 It is not known exactly when and where Jan Vitovec was born, but it was probably in Moravia (in the former Czechoslavakia) and he is believed to have originated from the humble Moravian Vitoviški and Zlinski aristocratic families. During the Habsburg-Celje war, Vitovec – by then a trained soldier – was hired by the Counts of Celje Frederick II and Ulrich II. Due to his great success in battles, he soon became commander of all the Celje troops.

During the war period Vitovec, who acquired a reputation as a bloodthirsty military leader, occupied numerous cities and castles on the territory of today’s Slovenia, and looted and set them alight.

A crisis of the Loka dominion

During the period of the finale of the battles from 1442 to 1443 Jan Vitovec occupied Kranj for an extended period. Even after the extinction of the Counts of Celje the situation on Loka territory didn’t die down, and a battle for the Celje heritage waged. Count Ulrich’s widow, Katarina, once again appointed Jan Vitovec as commander-in-chief. He led the war against the emperor, however, he only succeeded in temporarily seizing Celje, Radovljica, Škofja Loka and Kranj. According to the Celje Chronicle, he was said to have destroyed Škofja Loka in 1457.

Jan Vitovec later also fought a battle for the Habsburgs, then, until his death in 1468, he served in Croatia. As a result of his success he rose to the position of Civil Governor of Croatia, Slavonia and Dalmatia and earned the title of Count.

The iron industry in Železniki
Scroll to top